The magicians, alchemists, and holy people of the past knew how to use crystals and relate them to the five basic elements of nature. Today, we often speak of four elements: earth, water, air, and fire, omitting the Akasha — the fifth element that represents the foundation of the remaining four.

Presently, it is not so easy to relate the vast majority of different crystals, stones and minerals to these elements. The intuitive knowledge of the ancient times is lost. Today, we cannot see what our ancestors knew as a fact even without learning, for example, that a certain stone is a conduit of certain type of elemental energy. Because of that there are different classifications and you can find that certain stones belong to many different categories. Below is given the scheme we believe could be closest to reality.

Earth is the principle element of our body. It is the realm of prosperity, abundance, and growth. Using crystals and stones of the Earth element is great if you want to: 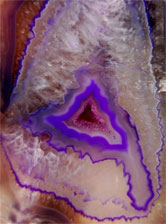 Water is the basis of all life. It has cleansing and healing properties. Water is also the fundamental force behind our emotions, including love and friendship. Using crystals and stones of the Water element is great if you want to:

Some of the crystals and stones that belong to the water element are: 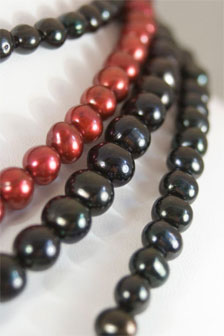 The air element represents the power of the mind. It brings imagination and inspiration, new ideas and visionary leadership. It is the element of travel and communication. Using crystals and stones of the Air element is great if you want to:

The element of Fire can both create and destroy. In is an active element. Whenever we need a transformation to happen, to destroy the old and make room for the new, this element may be of assistance. Using crystals and stones of the Fire element is great if you want to:

Some of the crystals and stones that belong to the fire element are: 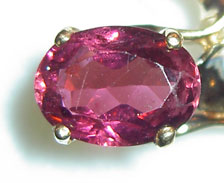 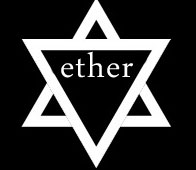 Akasha or Ether is the fifth element. It is the binding power that keeps together all the other elements. It contains the past, present and future collective experiences of mankind. Using crystals and stones of the Akasha element is great if you want to:

Some of the crystals and stones that belong to the Akasha element are: 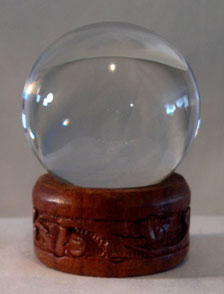 What about nummite, Sorcerer's stone. What element is it? I know it is a masculine stone but not the element.

Thanks for the interesting question Phyllis. We have two different clues that point to the same conclusion: Nuummite is the stone of the Ether element. First, what other element would one expect for a Sorcerer's stone? And second, Nuummite is a metamorphosed stone of Anthophyllite and Gedrite, and given its composition, we would again classify it as Ether stone.

Hi Sara
Thanks for the question. The situation with Selenite is pretty clear. It is a stone of the water element. Its name also suggests that. "Selene" - Greek Godess of the Moon. The Moon - very intimate relation to the water element, i.e., the Moon affecting ocean tides, etc.

I've noticed that Emeralds sometimes jump between Earth and Water and Sapphire will show up in both Air and Water. Do you know why some people will connect those stones with different energies?

Hi Aaron
Thanks for the interesting question. I'm afraid I don't know the answer. There is so much we don't know about the elements and their link with the mineral world. Maybe someone else will be able to share their insight in this regard.

what element does labradorite fall under?

Hi shiro. Labradorite vibrates with the frequency of the water element.

Would obsidian have a use? And if so, what category would it fall under?

Obsidian could be thought of having a little bit of all elements: fire, air, watter and earth. All these elements are associated with volcanic activity in which obsidian has been formed.

What element(s) would pyrite fall under?

I would classify pyrite under the earth element. It is an iron stone (iron=element of the earth) plus its crystals grow in cubes (cube=earth shape).

Its amazing to read you Sunnyray. Pls tell me, can anyone wear carnelian and terquoise together? While one is fire and one is air element?

Yes, why not. They are a great match. Fire and air support each other.

What are the symbols called that you used to show us the elements? Plz let me know...

what element does jade fall under?

Jade is probably under the influence of the Earth element.

I know this, all by the knowledge of this document, but one by experience, one by a theory and some research, and one with only knowledge.

Tiger's Eye - My theory is along with Air, it could fall under Earth and/or fire.

Amazonite falls under the Earth element because it can attract success and money due to it's ability to grant good luck. I know this through experience. One time when I had it, I had taken a test at the time, and guess what? I passed! It must have given me good luck on the hard parts. I somehow already knew it, but how? Amazonite.

Tiger's Eye seems to fall under Air, and its because researching this crystal, it can bring up new possibilities. But, how can that be? I figured it out, but it's just a theory, this may not be the reason why. It's because Fire and Earth. With Earth, it can attract success and money, like Amazonite, but Tiger's Eye dosen't let you get off easy. It grants focus and encouragement, which means it's wanting you to try hard. Fire most certainly could be the element because read the name of the crystal. "Tiger"'s Eye. "Tiger". KEY WORD. A Tiger is usually fierce, so it could be fire because it's granting protection for your aura, and, if needed, increasing energy, increasing vital power, and the ability to fight well against physical attacks.

Rose Quartz could go under either Earth, Water, or Air. I'm going to make different paragraphs to show why it could be either of those elements:

Earth can, just like Amazonite and Tiger's Eye, also has a different way of doing it, attract success and, if lucky, money. Success is like when,

-Water : Trying to make a friend, Making peace with someone who either you did them wrong or they did you wrong, attempting to let someone you love in your life (BF/GF)

-Earth : attempting to try your hardest to make money, or, if you would most likely be a brat or he/she insists, getting a man/girl with a-lot of cash

Water can grant healing, peace, self-confidence when your trying to make a new friend, get a man/girl or make peace with someone. It's easy to do that when you have Rose Quartz.

Air can grant enhanced abilities, and new possibilities because it can grant self-confidence in your self.

That's all I have for these crystals. Goodbye!

Great article! I'm new to the crystal scene and am curious about the Ether element. Perhaps you'd only want to use one of those kinds of stones to improve your meditation. Would the effects of the rituals and sacraments just "happen" or would the effects only resonate with exact use? Thanks for your time!

Thanks, Mimira. As for the ether element, yes, definitely to improve meditation. I would use a transparent crystal, rock crystal being the best example. Similarly for rituals as for meditation.